Health and well-being in buildings 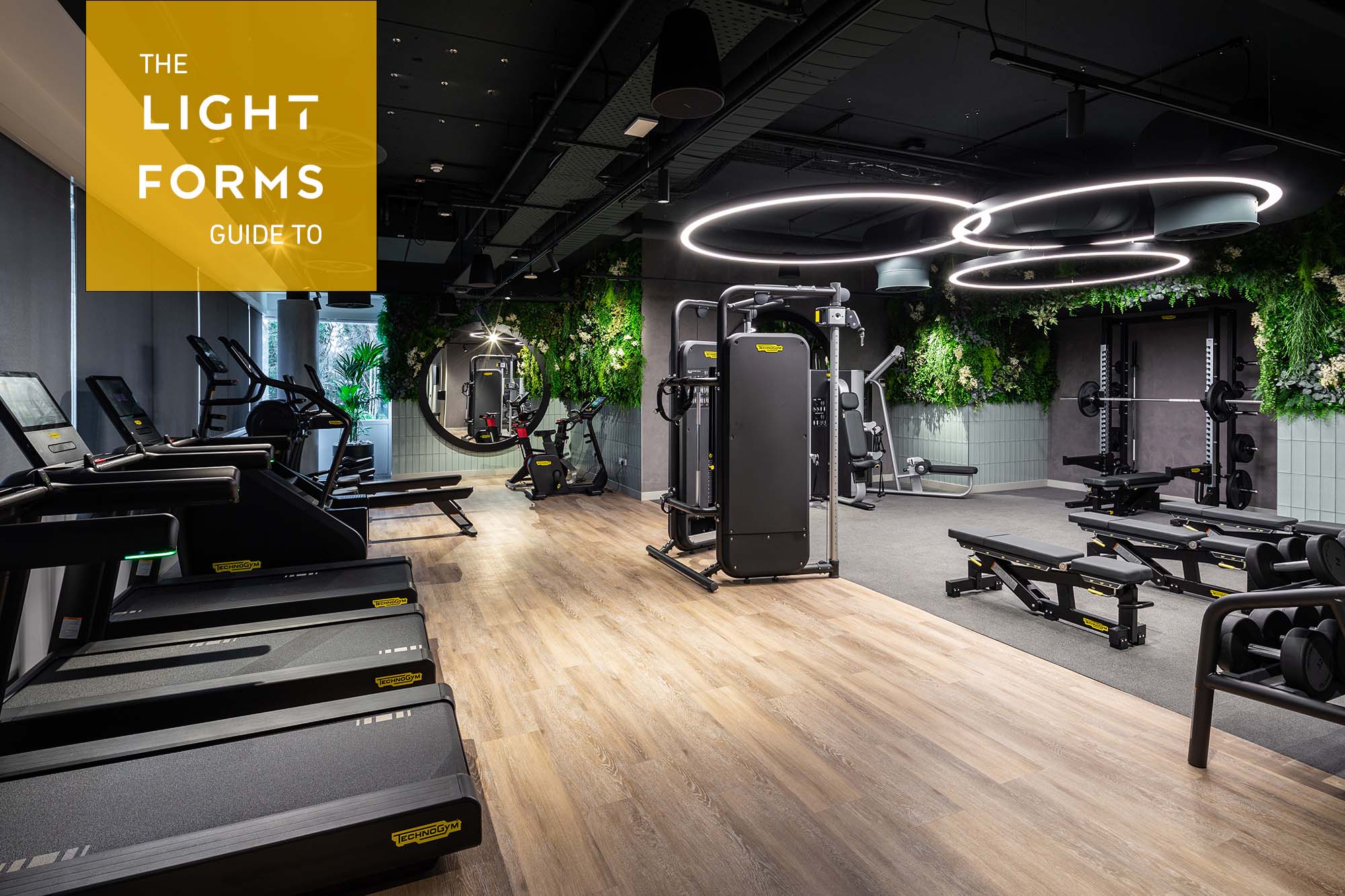 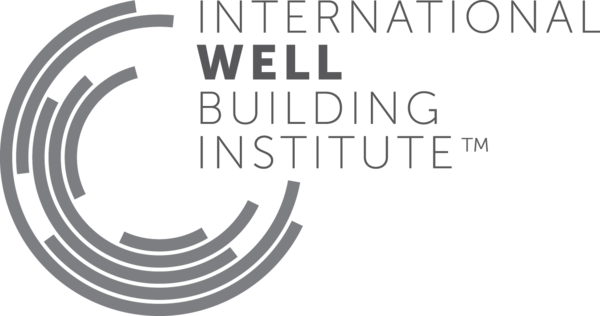 THE WELL BUILDING STANDARD IS COMING OF AGE, WITH WELL V2 ALREADY IN EFFECT.

Landlords, tenants, developers and building owners are increasingly seeking this international accreditation that is the mark of buildings that prioritise occupant wellbeing. Happier, healthier workforces, faster letting, higher yields…the benefits speak for themselves. 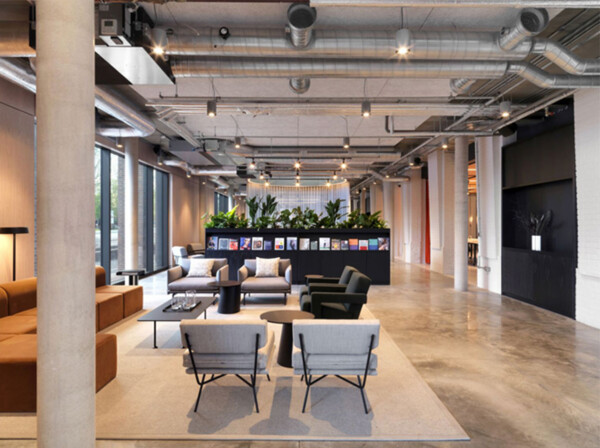 WHY IS THE MARKET DEMANDING WELL-COMPLIANT BUILDINGS?

Over the past couple of decades, building standards have focused on sustainability, with developers and landlords specifying to achieve high BREEAM ratings.

The Well Building Standard (WBS) is the first accreditation to focus on measuring the ‘wellness’ of the building from the occupants’ perspective, to achieve happier, healthier workforces, and higher productivity. The standards can be applied to new and existing buildings, new and existing interiors, and shell and core projects.

The WBS encourages performance metrics and design strategies that need to be understood and delivered by the entire design and construction project team, as well as developers and managing agents. In the workplace sector in particular, a building that promotes the health and wellbeing of the staff can also improve productivity, and it is becoming ever more important as a differentiator between schemes. Developers, investors and landlords are starting to see the benefits. The International Well Building Institute (IWBI) produced a study that concluded that 73% of early adopters of WELL-certified buildings saw faster letting rates, while 62% saw increases in building values.

Demand for healthy buildings is being led by tenants. According to a recent CBRE study with the University of Twente in the Netherlands, introducing circadian lighting to mimic natural daylight patterns resulted in an improvement in productivity of 12%. In a survey of European occupiers, CBRE found that 72% either already had or wanted to have a building that promoted wellness.

What aspects of building performance does WELL look at?

While many of these areas focus on HR, employee benefits and facilities provision (such as availability of secure bike storage, cycle-to-work schemes, showers, free fruit, yoga classes, prayer/ meditation rooms, and plants in the workplace), a critical factor in WELL building accreditation - and employee health and productivity - is lighting strategy.

Lighting alone won’t win you accreditation, but lack of attention to your lighting strategy will certainly jeopardise your securing it. 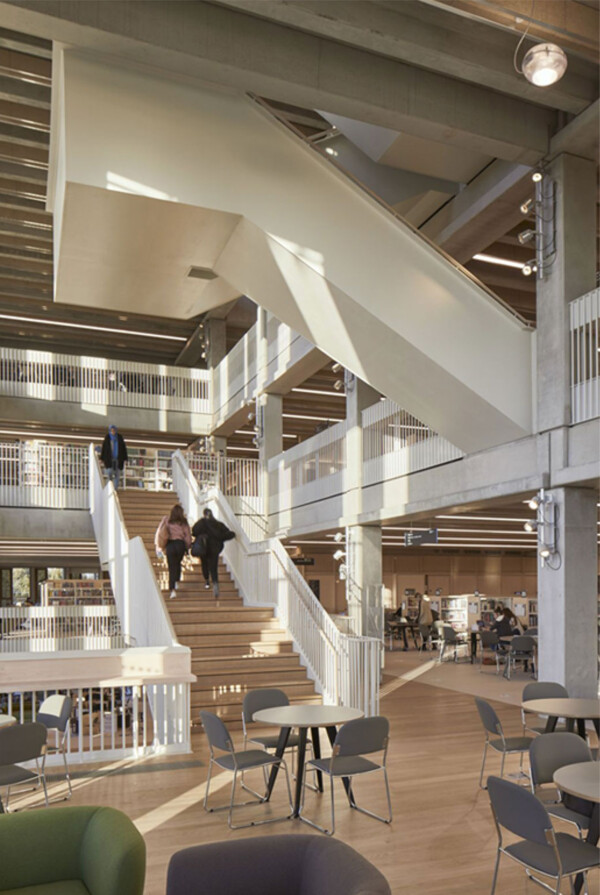 THE 11 AREAS OF LIGHT 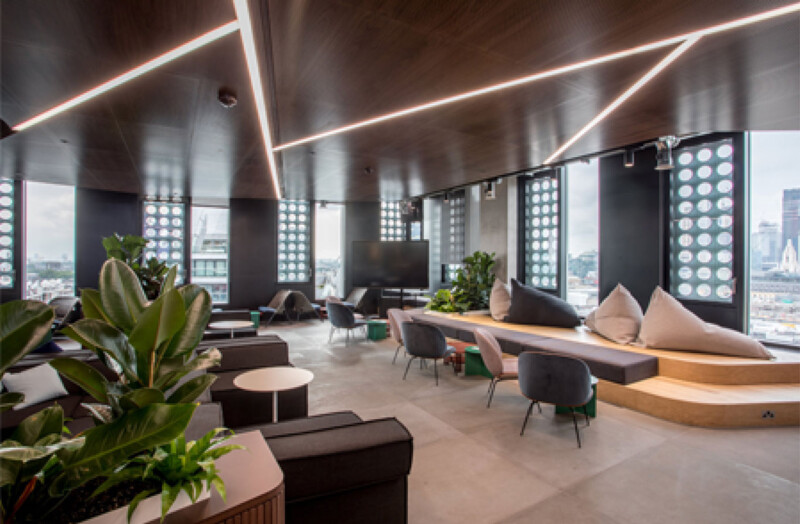 While a number of WELL lighting standards are in line with existing UK codes (such as BS EN 126464-1:2011, CIBSE Lighting Guide 7 and SLL Code for lighting, some go much further.

Impact of melanopic light and the way that illumination meets the eye.

Provides solutions for managing disruptive glare from sunlight via windows. 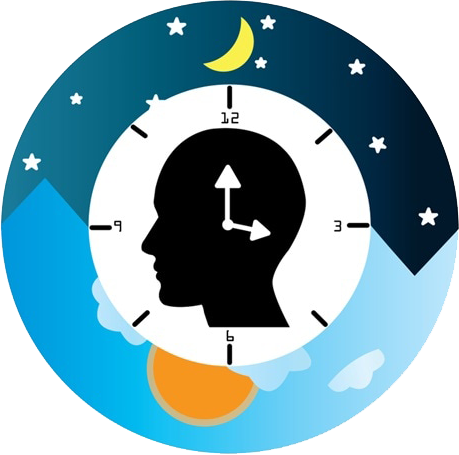 You’ve probably heard mention of circadian rhythms, and know that it’s all to do with how the human body responds to the daylight cycle. Disrupt it, and people don’t perform at their best; and sometimes over time, it leads to them becoming really quite unwell.

Your “internal clock” (in the hypothalamus of the brain) coordinates our bodily functions, mainly through the hormone melatonin. Exposure to light suppresses melatonin making us feel alert and ready for the day. At night, when light recedes, melatonin levels in the body rise the body gets the signal that it’s time to rest.

WELL has introduced a metric – the Equivalent Melanopic Lux (EML) – which is weighted to the response of the cells in the eye that help control the body’s daily rhythms. The WELL building standard offers melanopic illuminance values measured vertically at face height as a key to creating healthy lighting.

The recommendation is that workplaces should measure at least 200 EML (measured vertically at 1.2m above floor level) between 9am and 1pm (at least) every day of the year. This can include natural daylighting, but electric lighting alone should provide at least 150 EML.

The ethics and effects of using artificial light to affect the body’s natural reactions and performance are the subject of much debate. As Arup state, the effects are acknowledged to be significant, but not yet fully understood. It is not something we will go into hear, but we watch with interest the outcomes of the research trial carried out in Arup’s office in London (LINK).

A lighting system on its own isn’t going to transform design for wellbeing, but it’s an important part of the jigsaw. But if we can better understand how light impacts the human body, and design so that it works in harmony, maybe we can play a part in creating a happier, healthier society. WELL lighting standards aim to encourage good practice in the spaces we inhabit, and current technology enables us to design spaces and lighting strategies that aim to minimise disruption to the body’s circadian system, enhance productivity, support good sleep quality and provide appropriate visual acuity. 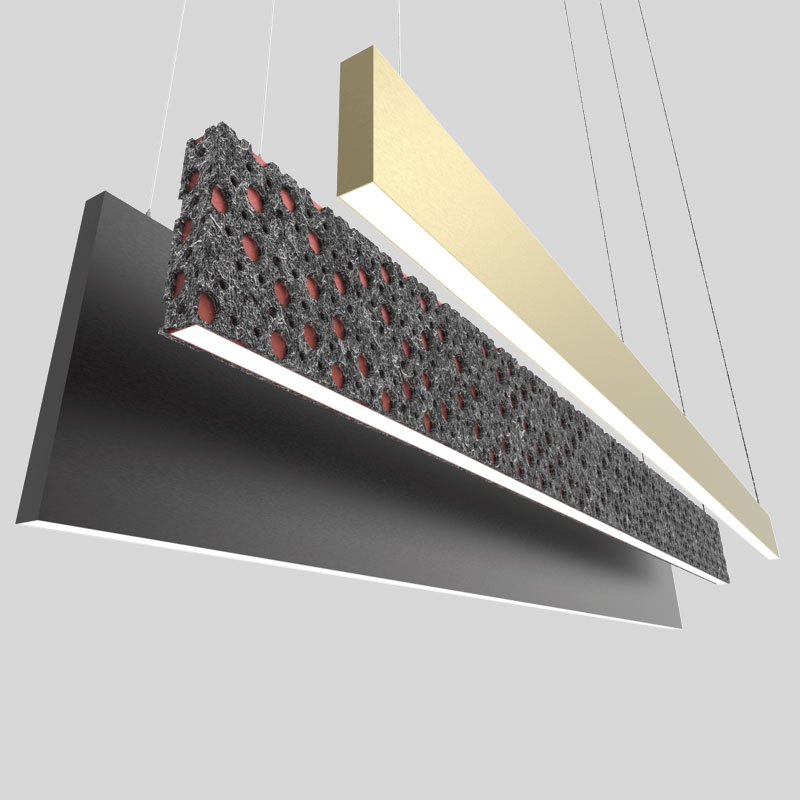 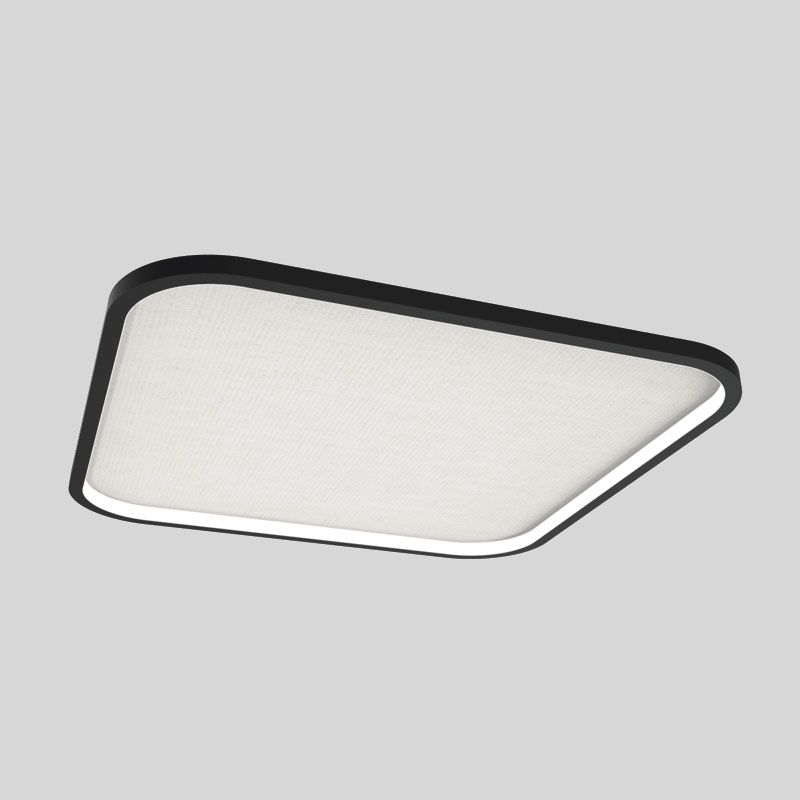 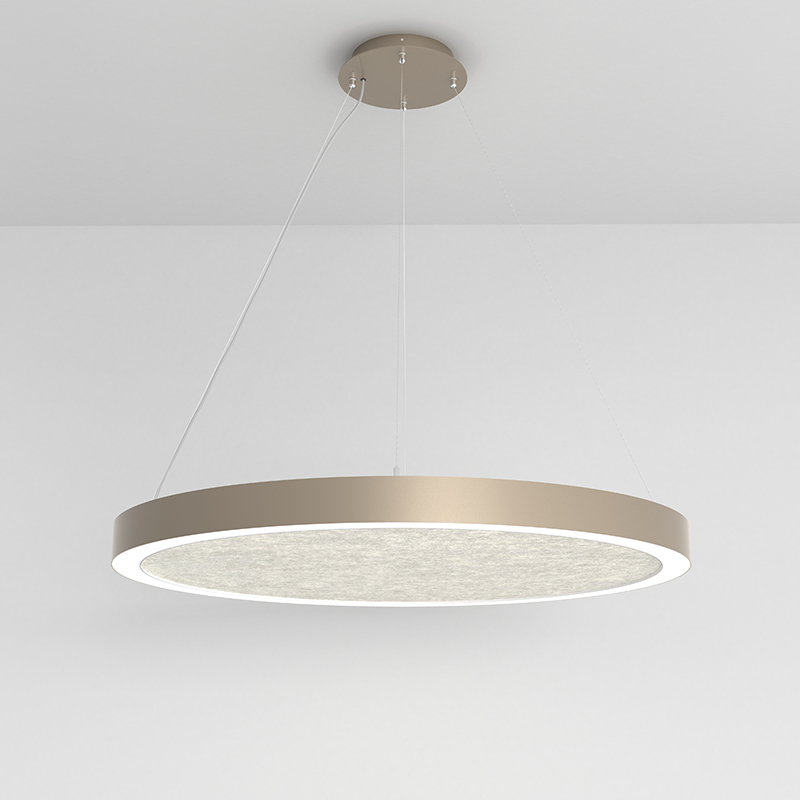 Light Forms has a full range of customisable products that are compatible with the WELL Standards. Get in contact with one of our consultants, who can advise on what products match your WELL needs.

Lighting is peppered with technical terms, acronyms and abbreviations that can make tech specs and papers hard work to absorb.

Add in the language of ‘well buildings’, and you might feel you need Google Translate. At Light Forms, we distil all this into plain English, and instead of merely selling products, we work with project teams to guide them through the specification process. We develop and supply technical drawings, and create custom product where required. Our handy guide to some of the terms you’ll come across will help demystify the process. And free you to become as excited by lighting as we are. 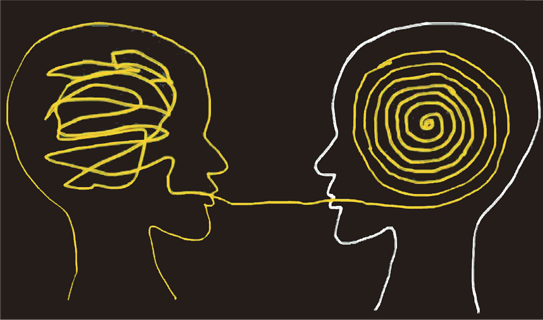 Accent lighting
Lighting used to highlight areas, signage or objects. It is often secondary/supporting source to the main lighting in a space.

Ambient lighting
Electric lighting fixtures on walls and ceilings that contribute to the ambient amount of light in a space. This excludes light from daylight, task lamps, and sources such as computer screens.

Asymmetric Distribution
A light output whose polar plot changes between C planes – i.e. the forward-backwards throw is different to the left-right throw.

Biophilic
Describes a way of bringing nature and natural processes into the office to improve health and wellbeing.

Candela
A unit of measurement of luminous intensity. One candela = the light from one candle at 1m.

Circadian Rhythms
Internal clock that keeps the body’s hormones and
bodily processes on a roughly 24-hour cycle, even in continuous darkness.

COB
Chip on Board

Continuous Dimming
Dimming method where the lamp output can be adjusted at any level between OFF and 100% output, without incremental steps.

DALI
The Digital Addressable Lighting Interface (DALI) is a protocol for lighting controls and dimming agreed by major manufacturers, set out in the technical standard IEC 62386

Driver
A driver is a self-contained power supply with outputs matching the electrical characteristics of the light source. Drivers may offer dimming by means of pulse width modulation circuits and can have multiple channels for controlling different light sources.

Efficacy
Efficiency of a lamp in lumens per watt. (Low pressure sodium = Electromagnetic Compatibility directive- aims to minimise the effect of electromagnetic emissions from equipment on radio and other telecoms equipment.

Flux
A measure of the total light emitted from a lamp in all directions. The lumens value for projectors describes its luminous flux – or the total amount of light energy emitted from the lens.

Focus zone
A physical area within a building that encourages concentration and attentiveness to a task among occupants though its strategic layout and design.

Footcandle (fc)
Unit of illuminance, equivalent to one lumen per square foot.

Glare
The sensation produced by luminance which is sufficiently greater than the luminance the eyes are used to and which can cause annoyance or discomfort.

Illuminance (lux)
Amount of light passing through a given area in space. Measured in lux or foot-candles.

Relay environmental light levels to the suprachiasmatic nucleus through the retinohypothalamic tract. Most sensitive to blue light.

IP rating
Stands for “Ingress Protection”; a measure of the degree of protection provided against dust and water – higher numbers represent more protection (i.e. a more sealed unit). High IP ratings are important for optical parts of a luminaire to prevent dirt building up inside and reducing the light output. For street lighting, a lower IP rating is usually sufficient for other parts of the luminaire.

Kelvin (K)
Measurement unit for temperature, although in the lighting industry it is more commonly used to indicate the correlated color temperature (CCT) of light sources.

LED driver
As LEDs operate on DC power, they require electronics in the luminaire to convert mains electricity and power the light source. This is called the driver.

LM80
A standardised test done over at least 6,000 hours producing data that can be used in running a TM21 analysis. The TM21 analysis will give a maintenance value

LOR
(Light Output Ratio) is a figure that shows how much light gets lost inside a luminaire.

LRV (Light Reflectance Value)
Rating from 0 (black) to 100 (white) describing the amount of visible and usable light that reflects from (or absorbs into) a painted surface.

Lumens
The brightness of a lamp (see lux)

Lumen depreciation
Unlike conventional light bulbs, LED lighting doesn’t simply ‘burn out’ like old-fashioned bulbs when it reaches the end of its useful life (except in the case of driver failure). Instead, its light output gradually decreases over a long period of time, known as lumen depreciation. The widely-accepted standard is L70, which is the point at which light output falls below 70% of its original level. This measurement shows the number of operating hours you can expect from the LED before its output falls below a useful level.

Luminaire efficiency
Ratio between flux of luminaire and lamp

Luminance
Measurement of how bright a surface or light source will appear to the eye. Measured in candela/m² or foot-lamberts.

Luminous intensity
Radiant power weighted to human vision, describing light emitted by a source in a particular direction. Measured by the candela.

Lux
Lux is the standard unit of illuminance – measuring how much luminous flux (in lumens) is spread over a given area. In other words lumens measures the “amount” of visible light present, whereas Lux is a measure of the intensity of illumination over a surface. A given amount of light will illuminate an area more dimly if it is spread over a larger area. 1 lux = 1 lumen per m2.

Maintenance Factor (MF)
A factor used in a lighting calculation to take into account light loss due to lamp depreciation, cleaning, yellowing of protector etc.

Melatonin
“Darkness hormone” whose levels in the body is regulated by the circadian rhythm and the presence of light and in humans acts a driver for sleep.

Occupancy sensor
A device that uses infrared or ultrasonic radiation, or sound, to detect the presence of humans and switch the lights accordingly. Occupancy sensors are an effective energy-saving measure.

PAR
Parabolic aluminised reflector. The reflective housing around the light

Photometry
The measurement of light and its properties.

Photopic Lumens
The portion of luminous output that gets a response from the cones in human eyes, which are responsible for daytime vision.

Solar studies
Solar studies are used in BIM to calculate the amount of natural light you will receive into your office. This allows for design amendments such as blinds to be added where necessary and the building maintenance costs to be predicted.

Track lighting
Lighting configuration where several fixtures are mounted on a common track, which provides them with power and allows each of them to be oriented in a different direction.

Triac
Dimmer for incandescent lamps. It controls by interrupting the current which saves energy but can be irregular and is the main cause of flicker, especially with LEDs.

Zeitgebers
Physical stimuli which have an impact on the body’s circadian rhythm. Examples include light, temperature and eating or drinking behaviours.